Not literally a railroad, but secret tunnels of routes and safe houses for southern slaves to escape to Canda for their freedom before the Civil War ended in 1865. 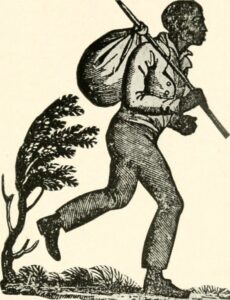 Slavery has been around for centuries, but most prevalent in American in the early 1600s.

America was established on July 4, 1776, with the Declaration of Independence of thirteen British colonies.

In the years following, enslaving African-Americans ensued. It grew as a business and thousands of black families were forced into slavery.

RELATED: Historical Must See’s of Kentucky

Why the Underground Railroad was needed

The Underground Railroad was created in the early 1700s for the purpose of freeing slaves into Canada. “Agents” (or “shepherds”) would infiltrate slave compounds and tell them about how to escape.

Guides, known as “conductors,” were ones who lead slaves on the Underground Railroad taking them to “stations” or “way stations.”

“Station masters” hid slaves in their homes and referred to them as “passengers” or “cargo.”

The Big Dipper (whose “bowl” points to the North Star) was known as the drinkin’ gourd. They used this way of direction to lead them to the north.

Without the Underground Railroad, many slaves would not have made it to freedom in the far north.

Harriet Tubman and the Underground Railroad

Northern African-Americans were not always safe

For the black individuals who were strong or in prime child-bearing years, they were sometimes kidnapped and their “Certificates of freedom” papers (documents stating that they’re free in the Union states) destroyed.

Canada was a safe place against freedom but had its own difficulties. They still faced facial discrimination and had to compete for jobs against other applicants.

How the Underground Railroad was used

The earliest mention of the Underground Railroad was in 1831 when slave Tice Davids escaped from Kentucky into Ohio and his owner blamed an “underground railroad” for helping Davids to freedom.

The “conductors” were the ones who lead the slaves on the secret roadway. Some reports say 30,000 slaves became free, but it could have been upwards of 100,000.

In the deep South, the Fugitive Slave Act of 1793 made capturing escaped slaves legal and a lucrative business.

Passed on September 18, 1850 by Congress, The Fugitive Slave Act of 1850 was part of the Compromise of 1850. The act required that slaves be returned to their owners, even if they were in a free state. The act also made the federal government responsible for finding, returning, and trying escaped slaves.

When the south (Confederate) succeeded from the Union a month after Abraham Lincoln became president in 1890, a strong tension built against the two sides.

Lincoln (and the north) wanted slavery abolished, and the south wanted it institutionalized. Thus causing the succession and extra tension.

The first battle was at Fort Sumpter when the Confederates fired on the Union. Thus a four-year-long bloody war raged.