The Battle of Perryville

The Battle of Perryville was fought on October 8th, 1962 in the Chaplin Hills, just to the west of Perryville, Kentucky. This battle was the culmination of the Confederate Heartland Offensive (also referred to as the Kentucky Campaign), which was a campaign conducted by the Confederate States Army in Tennessee and Kentucky with the goal of bringing Kentucky into the Confederacy ranks.

Commanders of the Battle of Perryville

The Confederate Army at the Battle of Perryville was lead by Confederate General Braxton Bragg. He commanded the Army of Mississippi, which consisted of 16,000 troops.

How the Battle of Perryville Played Out

On October 7, Buell’s army, in pursuit of Bragg, converged on the small crossroads town of Perryville in three columns. Union forces first skirmished with Confederate cavalry on the Springfield Pike before the fighting became more general, on Peters Hill, when the Confederate infantry arrived. Both sides were desperate to get access to fresh water. The next day, at dawn, fighting began again around Peters Hill as a Union division advanced up the pike, halting just before the Confederate line. After noon, a Confederate division struck the Union left flank—the I Corps of Maj. Gen. Alexander M. McCook—and forced it to fall back. When more Confederate divisions joined the fray, the Union line made a stubborn stand, counterattacked, but finally fell back with some units routed.

Buell, several miles behind the action, was unaware that a major battle was taking place and did not send any reserves to the front until late in the afternoon. The Union troops on the left flank, reinforced by two brigades, stabilized their line, and the Confederate attack sputtered to a halt. Later, three Confederate regiments assaulted the Union division on the Springfield Pike but were repulsed and fell back into Perryville. Union troops pursued, and skirmishing occurred in the streets until dark. By that time, Union reinforcements were threatening the Confederate left flank. Bragg, short of men and supplies, withdrew during the night, and continued the Confederate retreat by way of Cumberland Gap into East Tennessee.

Considering the casualties relative to the engaged strengths of the armies, the Battle of Perryville was one of the bloodiest battles of the Civil War. It was the largest battle fought in the state of Kentucky. 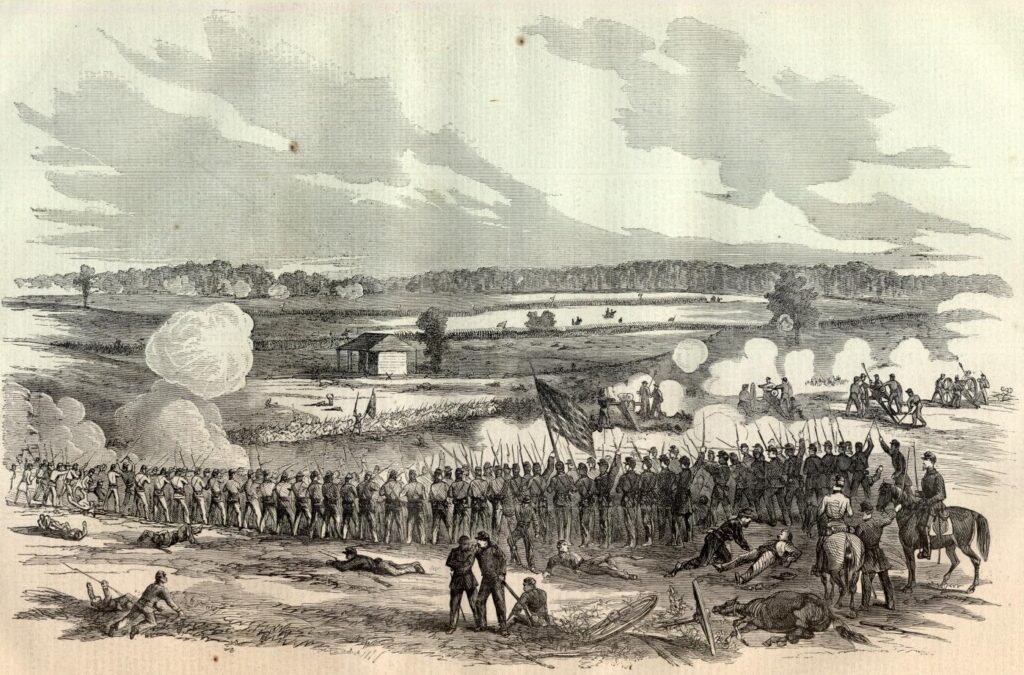 A Strategic Victory for the Union Army

The result of fighting in Perrville that day was one of a Union Army victory. This victory, is sometimes referred to as the “Battle for Kentucky.” Confederate General Bragg withdrew to neighboring Tennessee soon after the battle. This allowed the Union to retain control of Kentucky after the battle. The Union would not cease control of Kentucky for the remainder of the Civil War.