The types of weapons used during the Civil War [with photos]

When the Civil War started in 1861, there wasn’t a huge selection of weapons used other than canons, rifles, and swords (mainly for command). This was before airplanes, tanks, and advanced boats, so the weapons produced were those created for on the ground soldiers.

This was the most popular gun during the Civil War. The Springfield was a .58 caliber with a 40-inch long barrel. It was loaded through the tip of the barrel with gun powder to shoot a Minié ball. An experienced soldier could shoot up to 3 rounds per minute at an aimed distance of 500 yards. In 1861, it cost about $20 to produce one (that’s about $570.70 in today’s equivalent).

Because Confederate and Union soldiers were not highly trained on this rifle nor in proper marksmanship, they fired and reloaded in a line at the same time to maintain accuracy and focused firing. Roughly a million of these were produced during the Civil War.

RELATED: The 13 Civil War battles fought in Kentucky [a short overview of each]

Similar to the rifle above, the Henry Repeating Rifle can shoot 2-4 shots per minute and has 16 shots in one magazine. Rather than manually filling the rifle with gun powder and bullets, it used a single bullet and black powder encased in a single metallic cylinder, like bullets today. It uses a lever-action system to fire bullets repeatedly.

It later became the gun that “won the west.” Click to see the more advances gun in action: 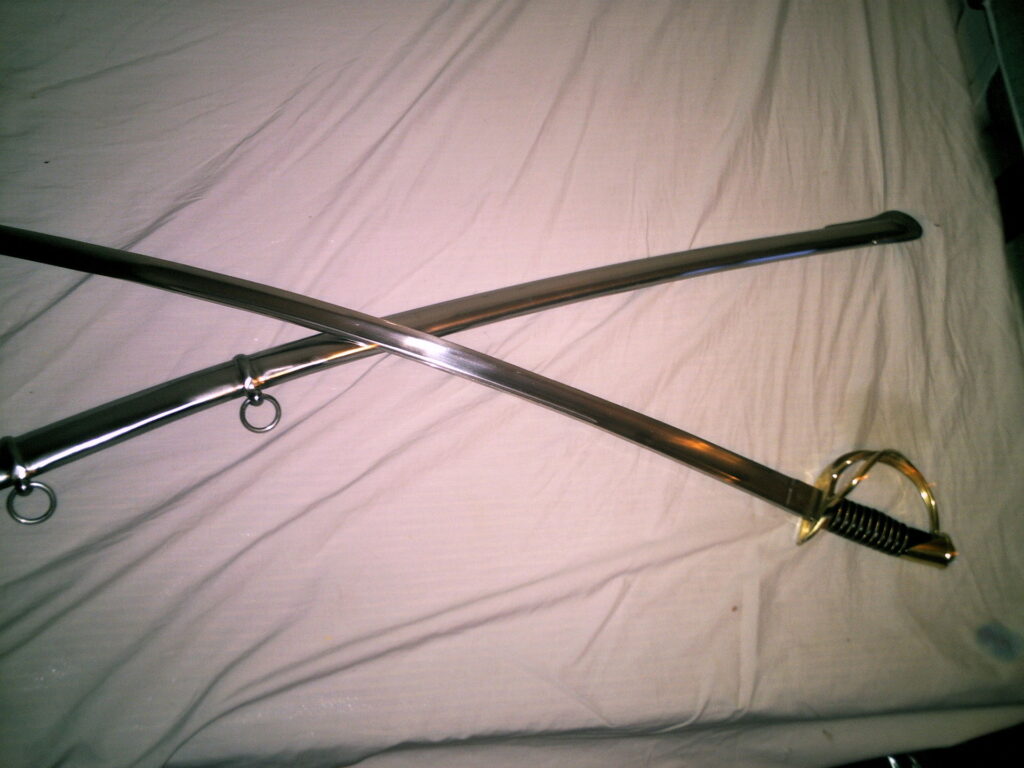 Swords like these were more of a status symbol than a weapon. Sure, it could be used if needed, but soldiers died more often from rifle shots and cannon blasts than from swords. 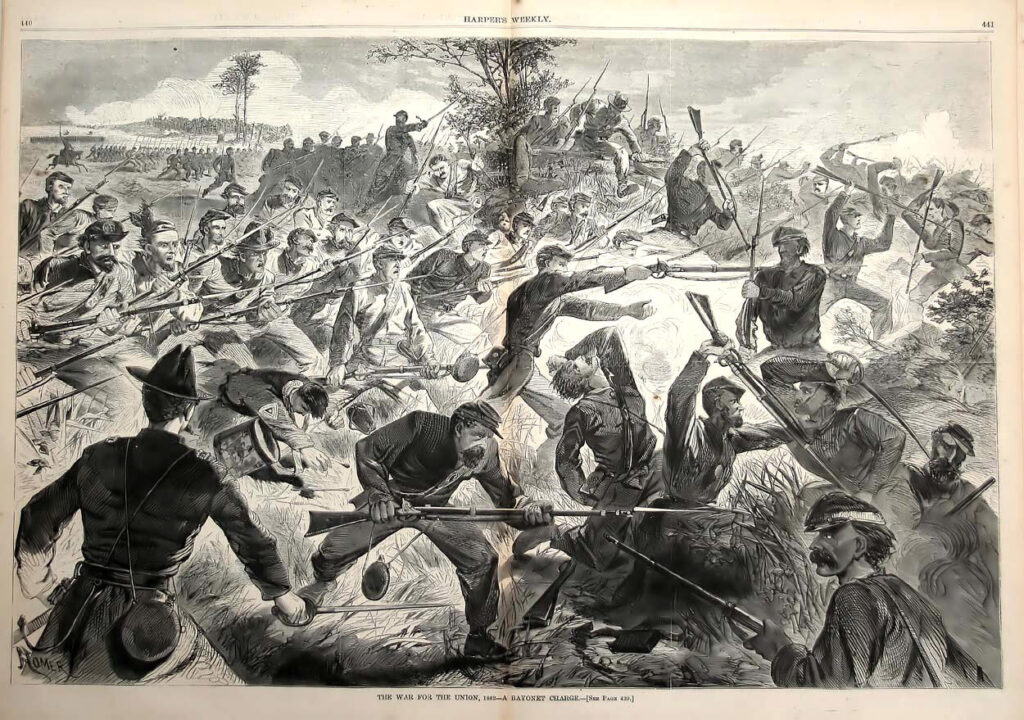 The bayonet wasn’t used very often during the Civil War. In fact, it was used to kill only about 1 percent of soldiers. With the advancement of weapons such as the rifle and cannon, it didn’t prove itself effective in most battles. 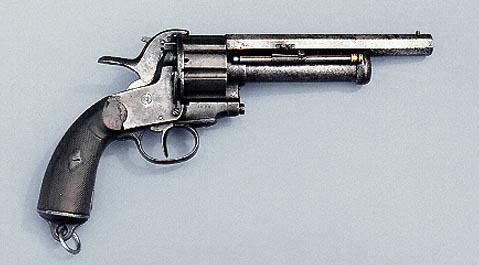 This is the most lethal handgun of the Civil war. It was a .42 caliber and could hold 9 bullets at once. The LeMat was actually two guns in one because it could fire a single shotgun round with a flip of the switch on the side. It was a heavy gun and not the best for carrying, but it still was a deadly weapon during the Civil War. 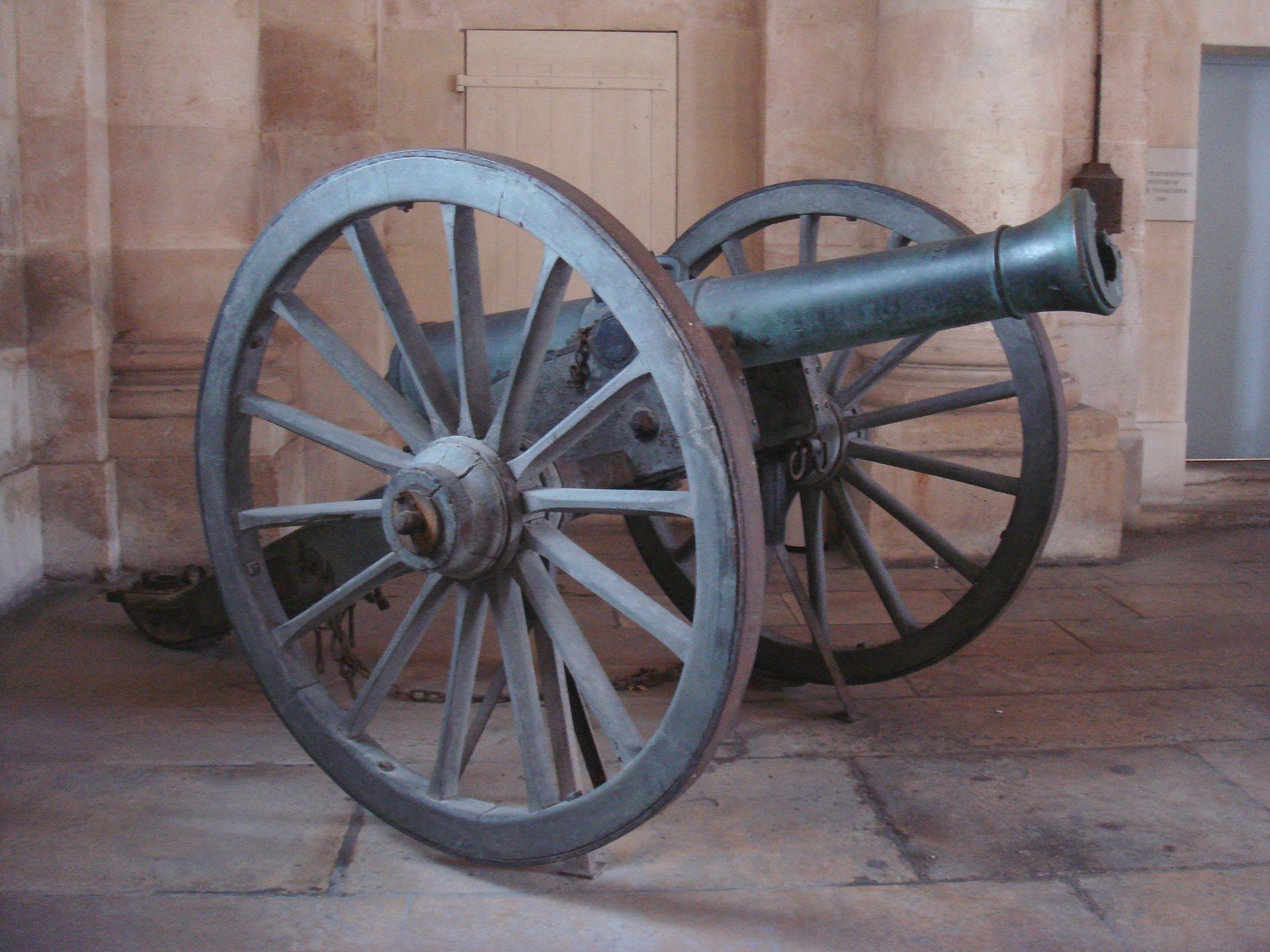 Named after Napoleon III of France, this gun — more like a cannon — was a muzzle-loaded smoothbore gun that fired 12-pound rounds. It could shoot up to 4 shots per minute. It was used by both sides during the war and could shoot solid metal shots, explosive shells, and grape and canister rounds with a range of 1,619 yards (or 16 football fields). The barrel was 66 inches long and the entire cannon (wheels included) weighed 2,350 pounds — that’s the weight of a small car. 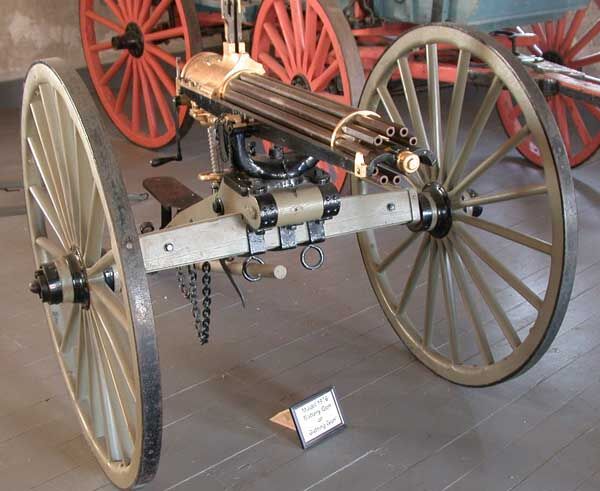 Although it wasn’t used much, it’s considered to be the most lethal gun in the Civil War. It was a .58 caliber, six-barrel gun that worked by turning the hand crank that rotated the barrels. It could be used by one soldier, but it was at its best when used by two — one to crank and aim while the other loaded more bullets at the top. It could shoot up to 600 rounds a minute.